I do remember all the excitement of the new David Brown baler that was bought. That must have been early ‘60’s ‘cos dad had a David Brown tractor.

He was really proud of that, brand new and we had a baler and I think it was different to the usual balers because it was a side baler.

The bales would come out of the side instead of the back and it was fascinating as kids to watch that. I can remember back before the balers. It’s coming back now.

So that’s a memory so it was just brought in from the fields and made in to ricks. And another thing for, you see memories come back when you start talking, is cutting the ricks later on.

My mum was brilliant at it.

They had the special knives and they used to cut it like squares, start … you know it fascinated me because it would then be stepped, you know to get from the top and down and it must have been sharp, those implements because it was always so neatly cut down. 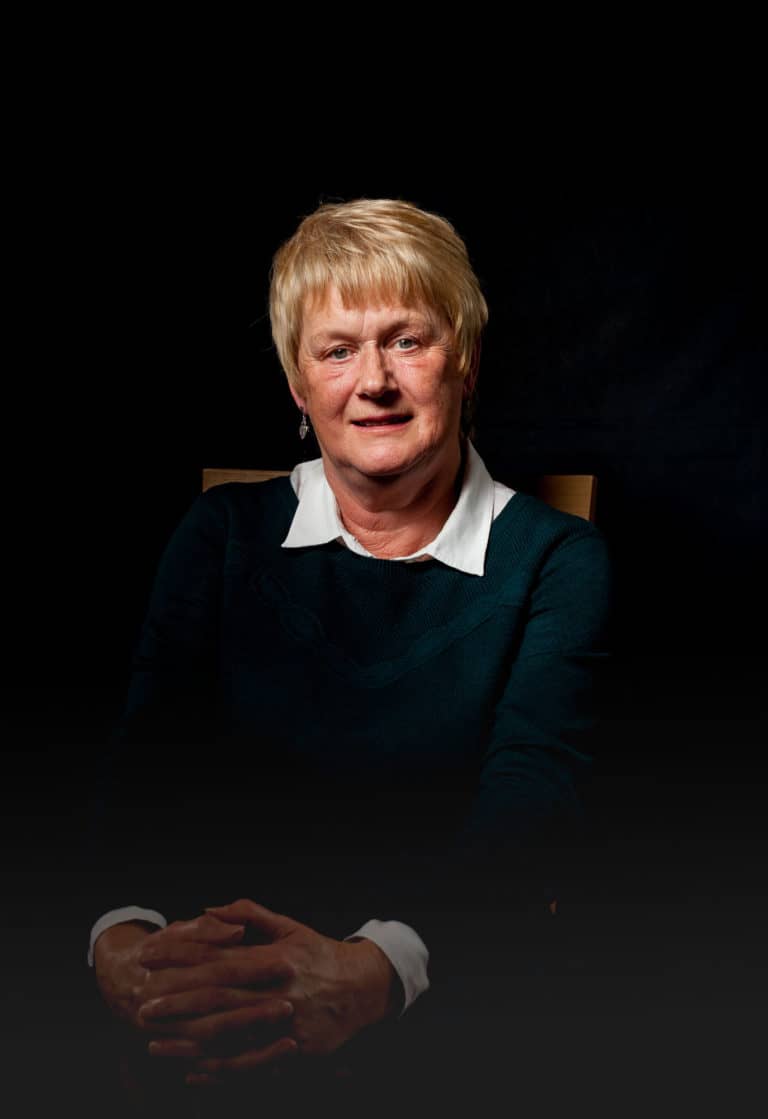 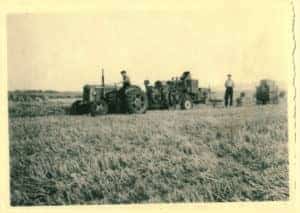