My grandfather and my uncle would milk it, traditional. We fed them hay and we couldn’t keep them in, they stayed out in the summer and out in the winter. So we were totally reliant on hay. Ayrshire cows are quite tricky to feed.

They don’t have the large stomachs and rumens that Friesians have and so they need quite high quality food if they’re going to yield well. So we were milking in a cow stable, I think it would hold round about 20-25 and as Sandra said, the cows would always come in in strict order.

In fact, they would rush to get in and I can still remember some of the cow’s names as I’m sure that Dianne and Sandra can, but Sunshine was the boss cow and she used to come in and occupy, you know, stall number one and then then there was a funny old job, she had horns on.

We dehorned our Ayrshires because they could be quite tricky to handle and they were easier to handle without horns but Ruth had a set of horns on her that you could hand a hat on and she was really quite bossy and you had to be careful with Ruth. Milked with a Alfa Laval milking machine which had the clusters sitting on top of the container, and you pushed the rubber up onto the overhead vacuum line and turned the tap on and that gave you the suction on the clusters and when you pushed the cluster up, you’d operate the button and it would suck onto the cow’s teats, having washed them and cleaned them and checked that they didn’t have mastitis of course. We used to strip them into a strip cup to check to see if there were little bumps or lumps of mastitis. That was just a tin can with a piece of slate on the top and a hole at the side and so the cows were milked. The milk was taken by hand.

It was carried I suppose, about 30-40 yards up quite a long path to the dairy which was a separate building and you lifted it up into a container which was probably 5 foot, maybe even a little bit higher, off the ground and you’d tip the milk into this container and it trickled out over a cooler, an evaporator where cold water was running internally through it and the milk ran over the top of it and cooled it and it gathered back in to the churn at  the bottom. 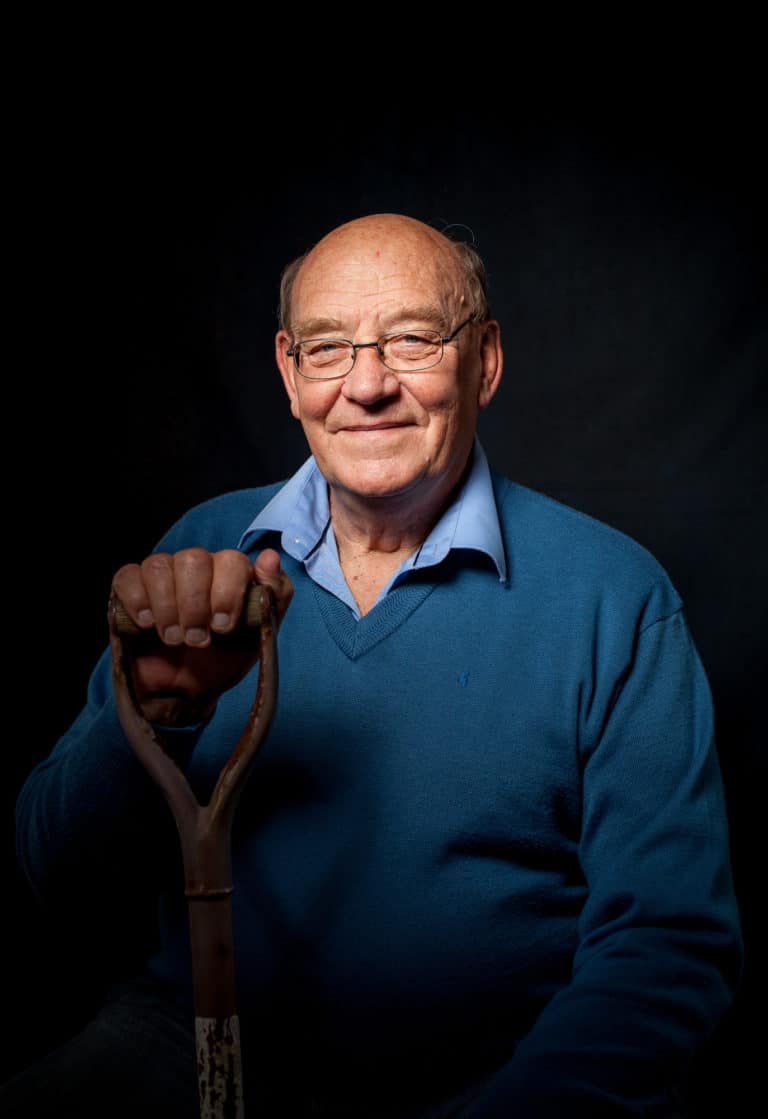