(Newclose) was a mixed farm, it was dairy and … it’s primary function was dairy but of course they grew barley in the main as a cereal because they could use that for animal feed.

They would mill it, add whatever they needed to, additives and that. Acreage wise, I don’t know. 100 – 110, something like that. Not vast, but I enjoyed it and it was varied because you had animals.

I did a little bit of milking under tuition of Eric the Cowman, you know, just to say I’d done a bit so to speak but after about 18 months, I’d worked it out that I preferred machines to animals so I moved another ¾ mile down the road towards Yarmouth to Thorley Manor Farm. 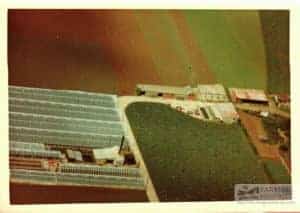