At the tail end of the War I was only a nipper but you had the land girls doing a lot of the work then, because the men had gone to war hadn’t they? There was a few older men about, and a few younger ones, but the majority of the work was done with the Land Army, yes, and also you had prisoners of war on the land, helping. You used to have so many to a farm, and that went on right through …

The land girls, I suppose, some of them were 50, 50’s I suppose, the last ones was on the land, but some of the prisoners of war, they stayed on after the War and they married some of the local girls and there are some of the lads now. That’s how it was those days. It’s carried on through, but the land girls done all the veg and stuff and the harvest and anything like that, ‘cos there just wasn’t any men about, not till after the War, when the War finished.

Then you got … a lot of the troops come back, and come back on the land, but up to then it was all the land girls. All that lot’s changed, yes. And it went on from there, with the men and the machines and everything else, and it’s come to the modern day, but then there was all the land girls done all the work, harvest and everything, yes, and the prisoners, yes. It was good.

Well they had different places where they went and stayed overnight, and then they were delivered off next morning on the farms, yes.

My family had a couple of Germans, prisoners of war like that, and they got very friendly with them and stayed in touch with them after the War, until really, they all died, so … They were decent people, be like anyone else.

Your government tells you you’ve got to go and do that, but they were really nice decent hard working people.

They also, when things, the land girls gradually got less and less, some men, when the early taties came in, you had convicts from up prison. You used to have a gang of them picking up the taties, all that. Of course they wouldn’t do that today would they?

But that was a regular thing those days, when the new taties came in, you had a gang of convicts from up prison, and they used to cook up their own food on the job and like that. You don’t get none of that today. 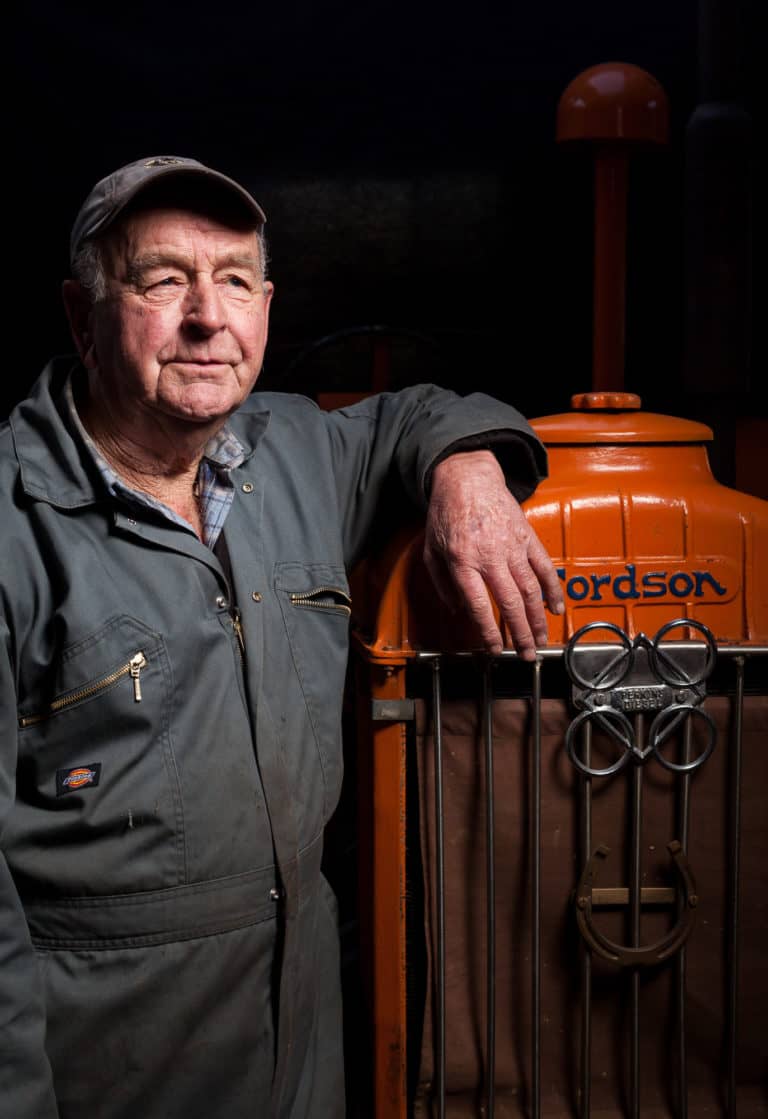