No, the hedgerows tragically were torn out in the … after these people gave up they moved out in late 50’s, early 60’s and another farmer took it over.

I think he actually purchased the farm, he bought it and so ancient hedgerows and banks were just torn out and so to make the field more efficient.

You can understand it because they had to make a living and had to get a return on their investment but it’s just, from appearance it’s just, it was quite a shame.

Also it did away with places for birds to nest and some small animals to live, you know so if you look at that environment it did change it quite drastically. 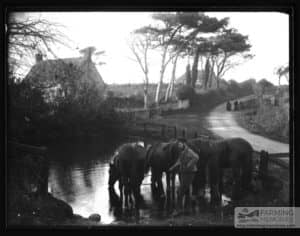