Beryl Flux on her time with the Forestry

Arthur Mew on the Slaughterhouse | Christine Broom on the NFU

That’s me on the end there. This is the Forestry. We were putting in little trees, bedding them out. We got the boxes with them all in and we had to bed them out. The two Irish girls. Yes, well those two there I would think. And we always used to on with them. If they’d say anything, we’d start on at them.

We said, “What are you doing over here. You don’t come into the War and yet …” “Oh”, they said, “They come for money and the work.” And we weren’t very happy with them but I suppose we had to keep our cool or the Foreman would have sacked us. Oh a lot more than I was getting.

When I was working somewhere else before I joined the Land Army, 25 shillings a week I think, but, we done piece work and I could earn … I was young, I could get up over those hills and I could plant the potatoes, pull me box up with all the potatoes what we’d put in and they’d all have their spurs on them ready … you kept the spurs up and then the tractors would come along afterwards and bury them all in.

It was interesting but this was the Forestry.  We had green jumpers, hats, dungarees. I’m the only one with a jumper on I think. Haven’t got a hat on but I’ve got a jumper on. There’s Iris there, my friend. I’m not in that one. I did earn 25 shillings a week when I first went. I gave my mother a pound a week, kept five shillings. But I could do piece work and earn more. I never told them (laughs). Especially in potato picking.

Our Foreman was Ken Mew who was a friend of ours as long as he lived. I learnt so much doing horticultural. Old timers taught us that had been doing it all their lives. They were good friends for the Land Girls. I’ve been a good gardener all my life.

I stayed at Roslyn for nearly nine months. During that time we grew onions, carrots, lettuce, tomatoes and sugar beet which was taken by horse and cart to Godshill Station where they were put into trucks to finish their journey by train. Into the refineries for our sugar which was rationed all through the War.

We watched a plane come down on Bleak Down one day. The pilot got out. We were always being machine gunned. The planes flew low. No one was ever hurt. We often a long way away from the farm. No taps or toilets, ate your sandwiches with dirty hands.

Pulled up carrots, shook the dirt off, ate them. We would take a few veggies home at night which always helped. I don’t think eating them that way has done me any harm.  Going back to the Land Army at Roslyn, a bunch of Land Girls worked with, going to join the Forestry Corps. It was better hours, more money so I went with them. Worked at Brighston Downs and Westridge Downs. We planted thousands of trees which are still standing to this day.

I was still going out with Bun, it was 1942. We got married very quietly and purchased (laughs) …The War had been on over two years. Everything was expensive and in short supply. My mother was pleased. She was looking forward to the baby which, when he was born, she practically looked after.

After we were married, we went to Roslyn Farm to live.  An old cottage half way down Roslyn Lane. Ramsdown Cottage. It’s bleak.

We looked across … I watched the pylons being bombed every night.’ We were up on the top of the hill, going down Roslyn Lane and I could see the pylons in Ventnor and I watched them being bombed. The Germans come over, dropped their bombs and off they went out to sea. But they never hit them, did they?

All those times, and they used to try and bomb the radio station down here in Niton didn’t they? 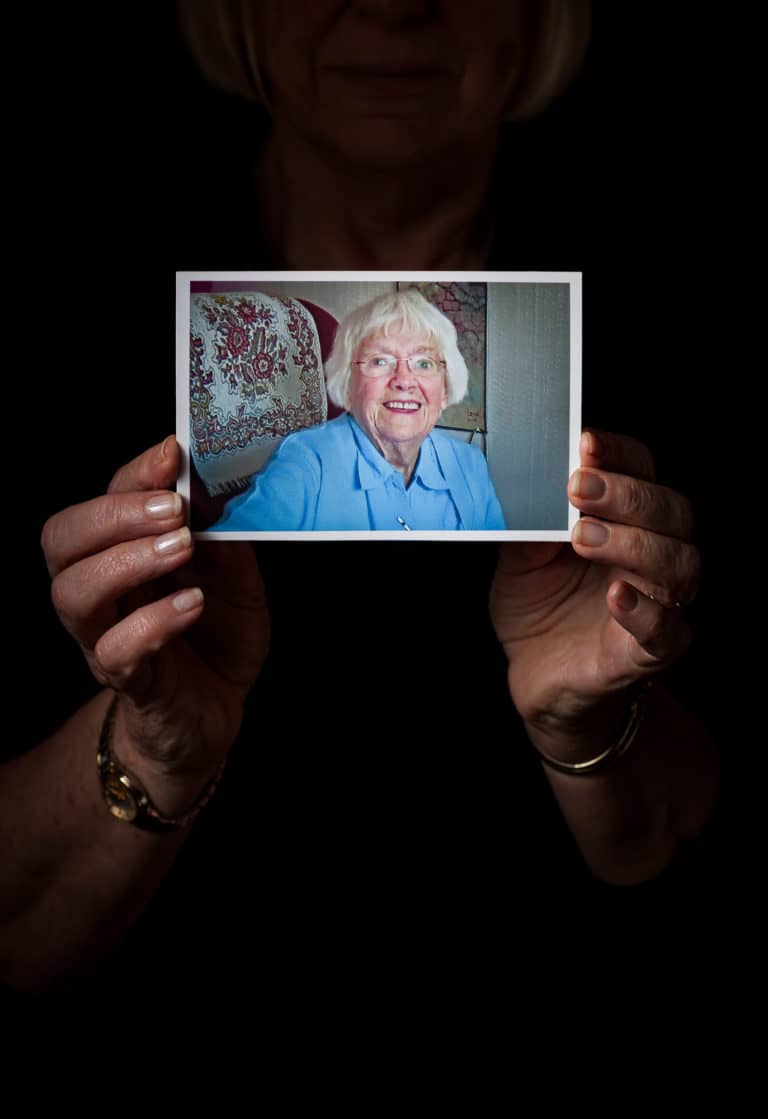 Arthur Mew on the Slaughterhouse | Christine Broom on the NFU